Academic Choir of the Rzeszów University of Technology

Rzeszów University of Technology Academic Choir was established in November 2009. Michal Legowicz became the first conductor. From 2012, the choir worked under the direction of Justyna Szela-Adamska, and since 2017 Lidia Chalińska has been the conductor. The Academic Choir of the Rzeszów University of Technology performs at university-related ceremonies, as well as taking part in national and international festivals and competitions. The choir has received many awards and distinctions, including a gold diploma and a special prize at the 1st National Festival of Choral Music "Cantantes Lublinensis", a distinction at the International Festival of Choirs in Preveza, Greece 2019 and the Golden String at the 18th National Choir Competition "For the Golden String" in Niepołomice. The Academic Choir of PRz has staged two musicals - in 2019. "Halka - contemporary version" by Stanisław Moniuszko, and a year later "The New Year's Tale" based on Charles Dickens' novel "The Christmas Story". 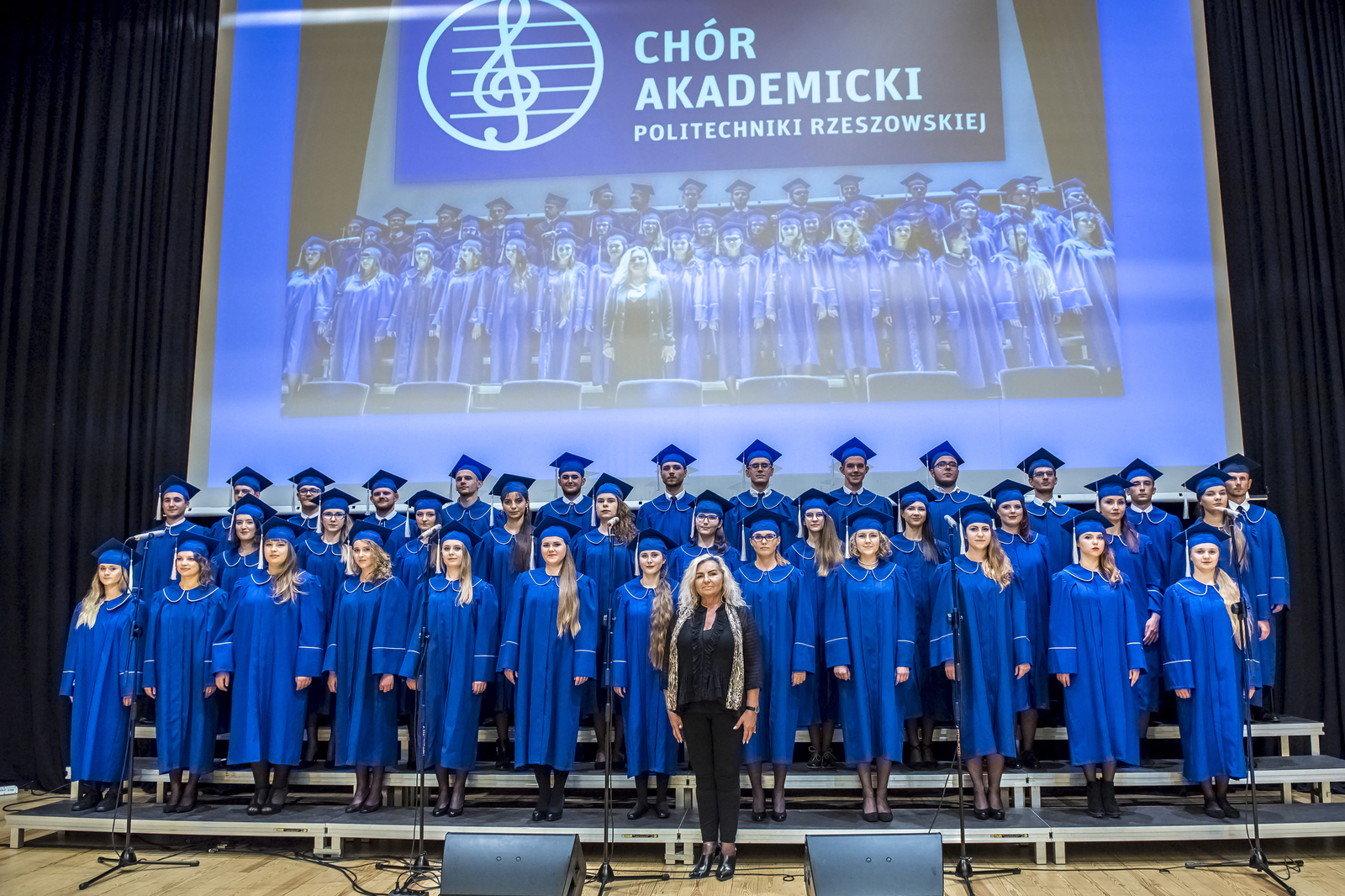