Glider Academic Centre of the Rzeszów University of Technology

Glider Academic Centre is located in Bezmiechowa, at the foot of the Słonne Mountains. In terms of terrain and climatic conditions, Bezmiechowa is a unique place on a global scale. The infrastructure of the resort is located at an altitude of over 600 metres above sea level, which gives visitors the opportunity to admire the most beautiful panorama of the Bieszczady Mountains.

Bezmiechowa is the cradle of Polish gliding, called the "holy mountain of gliders". Before the war there was a famous gliding school here - the centre of the Lviv Polytechnic and the Lviv Aero Club. It is here that Polish and world records were set. The best known is the flight of Tadeusz Góra, who in 1938 covered a distance of 577.8 km on a PWS-101 glider, taking off from Bezmiechowa and landing near Vilnius. For this feat, he was the first glider pilot in the world to be awarded the highest decoration for gliders - the Lilienthal Medal. A year earlier, Wanda Modlibowska, taking off from Bezmiechowa, set the women's world record for the longest flight - 24 hours and 14 minutes on a Komar glider. This wonderful period was interrupted by World War II. As a result of warfare, the infrastructure was completely destroyed, and the final liquidation took place in 1951.

The Academic Glider Centre of the Rzeszów University of Technology was put into use in 2004. Since 2021, it houses the Aerospace Structures Research Laboratory, the purpose of which is to carry out scientific and didactic work and scientific projects in the field of aeronautics, space and others according to the needs of the Rzeszów University of Technology.

In addition, the Academic Glider Centre in Bezmiechowa offers training flights from the basics to the licence of a glider pilot and advanced training flights using thermal, slope and wave currents to all interested aviation enthusiasts. The offer also includes training for aircraft mechanics (gliders) and operators of unmanned aerial vehicles. Glider flights are conducted using winch launching techniques under the slope, gravity launching and from rubber ropes. 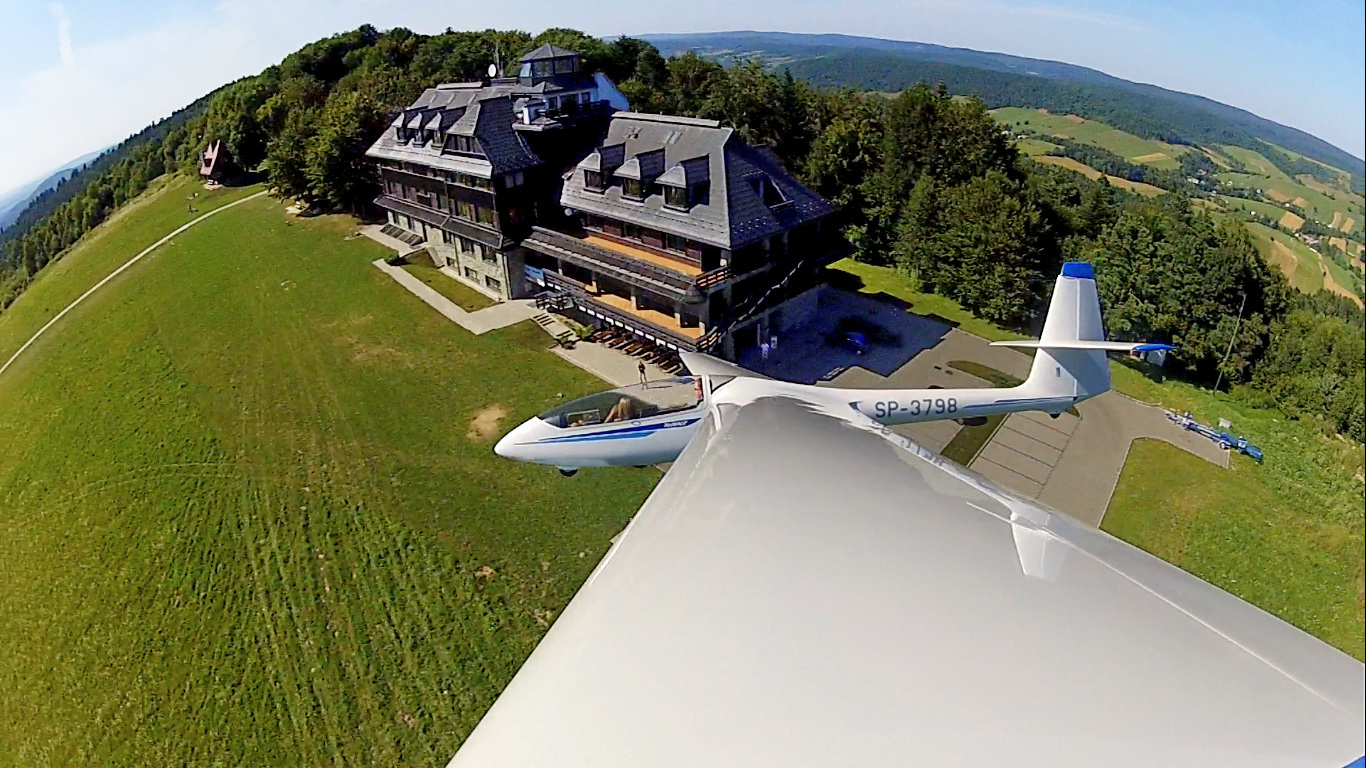